Every day we’re inundated with news and issues competing for our attention. But sometimes we have to step back and take a look at the grand sweep of the past. Maybe, then, we can get a better idea about our emerging future.

You see, humanity is on the cusp of another great transition. And we can learn a lot by taking a look at the ones we’ve already been through.

How did people get from a condition of roaming around on the ancient savanna to looking out of skyscrapers onto Tokyo or Vancouver? What invisible forces drove such change? And if we can begin to see the pattern in those forces, do they offer clues about where we’re going?

The following is a visual overview of nine stages in the evolution of governance.

Humans once lived in family groups as part of extended clans. These nomadic hunter-gatherers roamed around to find resources. But as resources became scarce, clans had to find a better way. 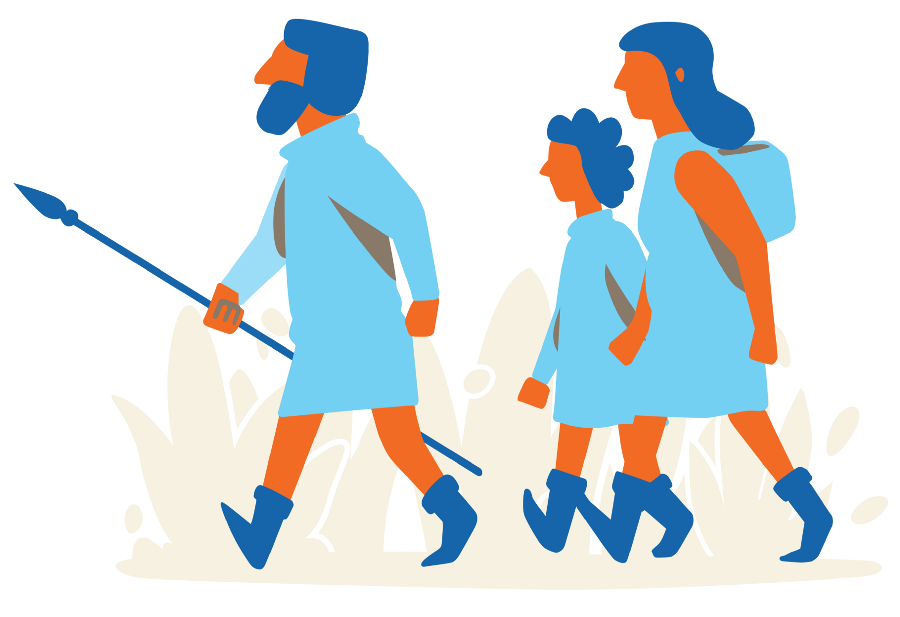 With agriculture, people settled. These settlements coincided with the appearance of kings and taxation. Because the threat of invasion required swift, coordinated action, strong rulers emerged capable of defending resources against “barbarians” and competing kingdoms. 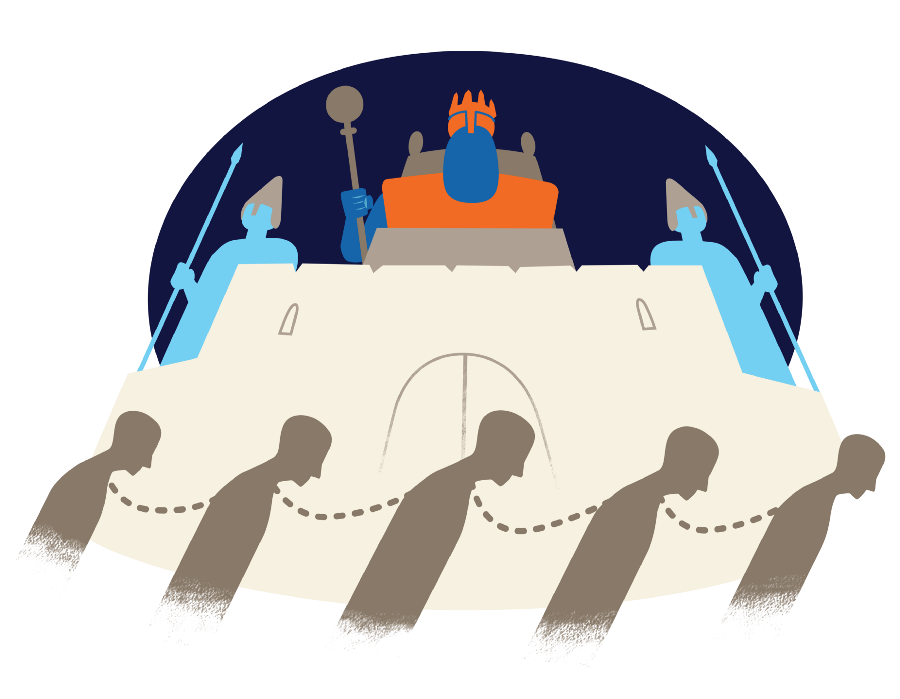 Dominant kingdoms developed new tactics. To protect themselves and secure more resources, they expanded through conquest and the suppression of people in new territories. A hierarchy of governors managed the increasing complexity of the new empire. The thing about empires: they eventually fall. 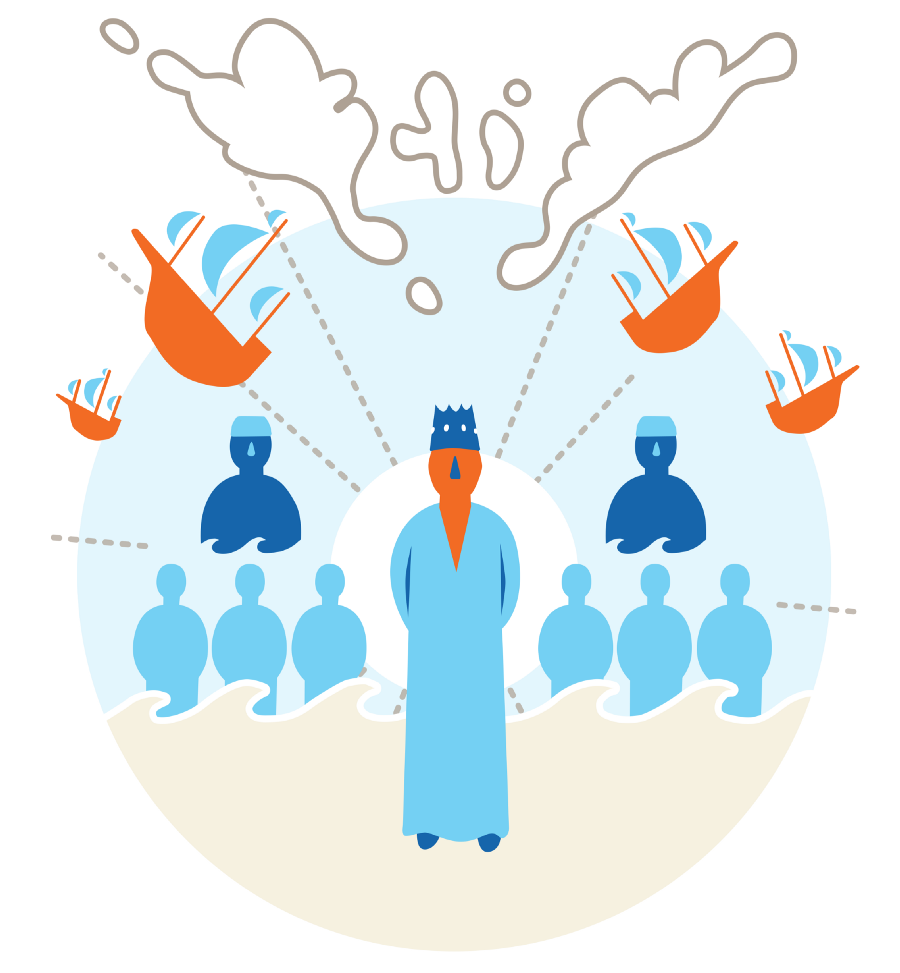 There are limits to what can be achieved through coercion. A more participatory system appeared in which power was given to the people in the form of votes. Democracy diluted the absolute power of authorities but introduced demagoguery and “tyranny of the majority.” 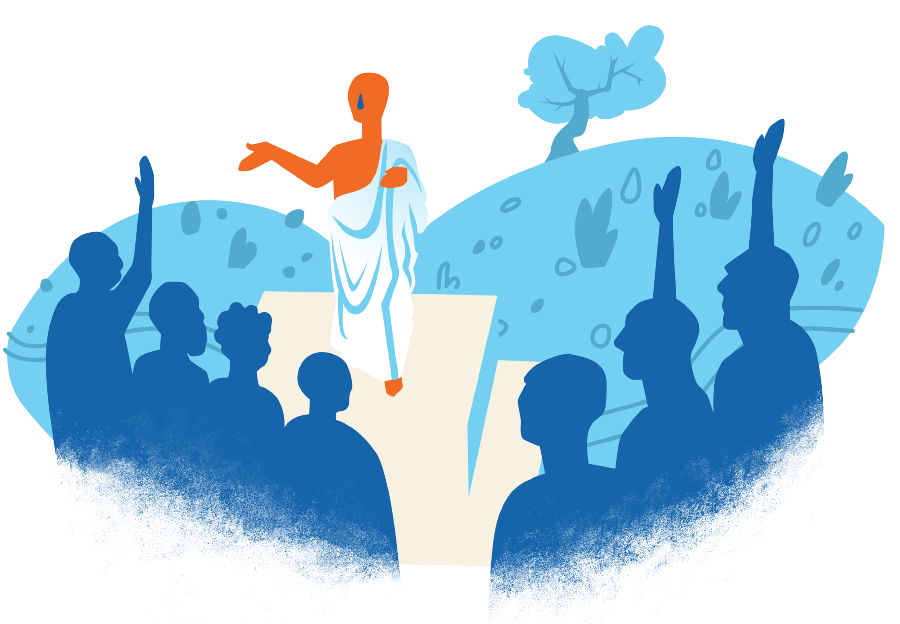 As civilizations expanded, more decision-making power had to be delegated, and political power became increasingly subordinated to laws. But delegating power, especially military power, risked the return of empire. Would the rule of law be strong enough to ward off the rule of men? 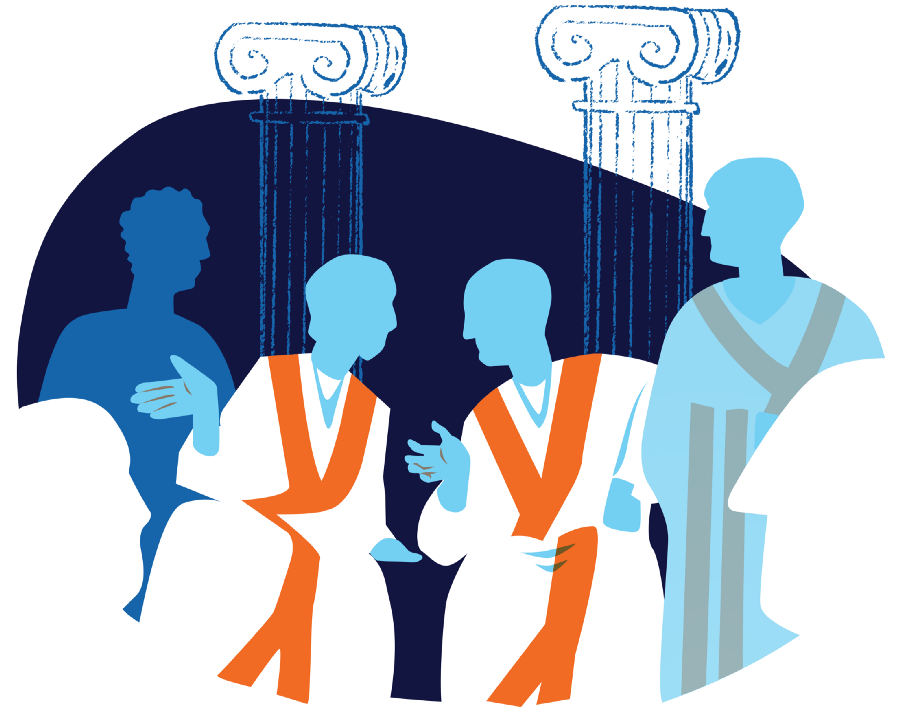 Combining features of democracy with features of a republic, nations began to separate powers and set out basic rights through charter, subordinating more political power to the rule of law. But times change, and power ends up on auction. Special interests collude with power such that the state has the power to pick winners and losers. 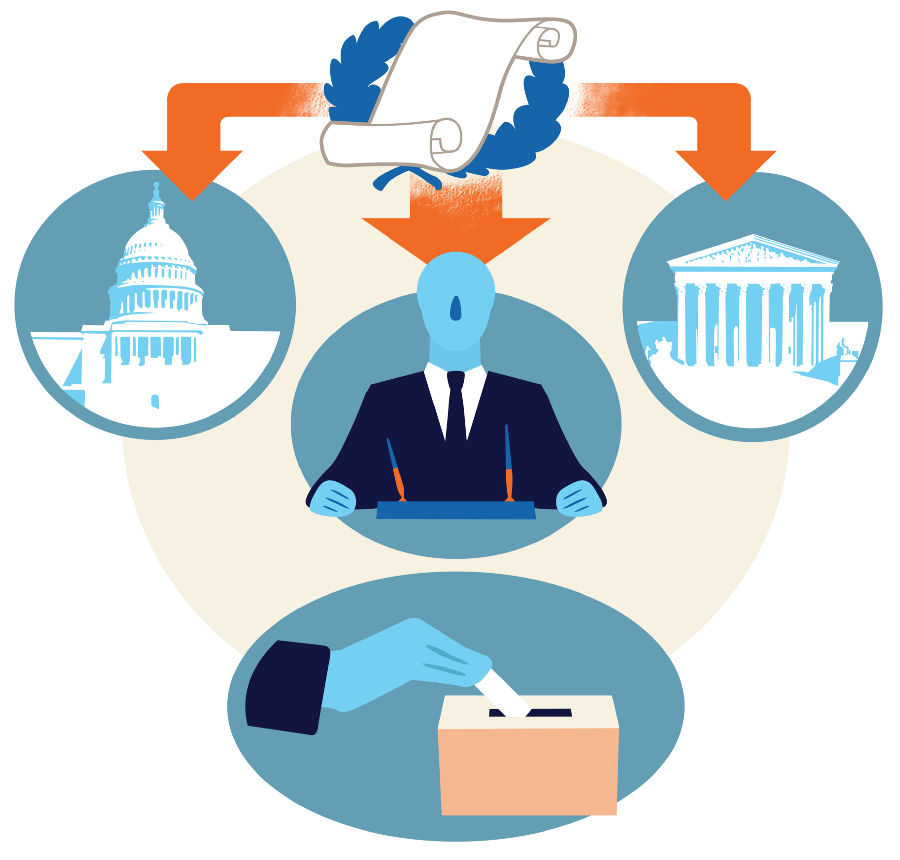 Now it looks like we’re pretty far into Stage Six… But what’s next?

In our future’s first phase, rules will likely still be attached to a territory but will provide better governance options than otherwise available. As the world’s complexity increases, we’ll see more entrepreneurial solutions—startup societies or contract-based private cities—less dependent on monopoly states. 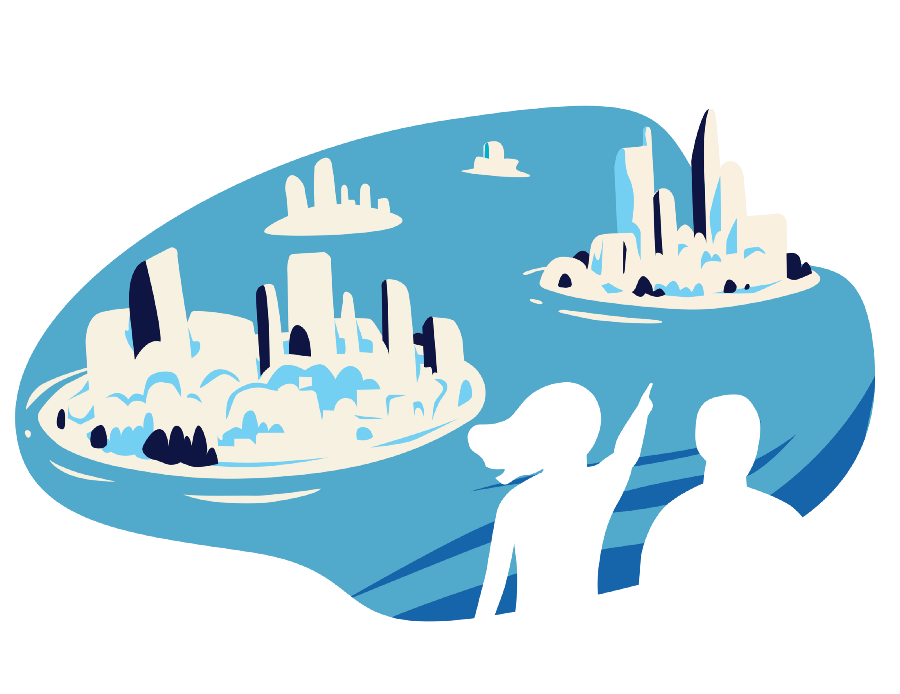 Advanced technologies make it possible to make laws “in the cloud.” Here, good rules can exist independent of territory and may or may not involve coercive hierarchies. Thus, people will be able to select different forms of association from a menu of governance options, without relocating. 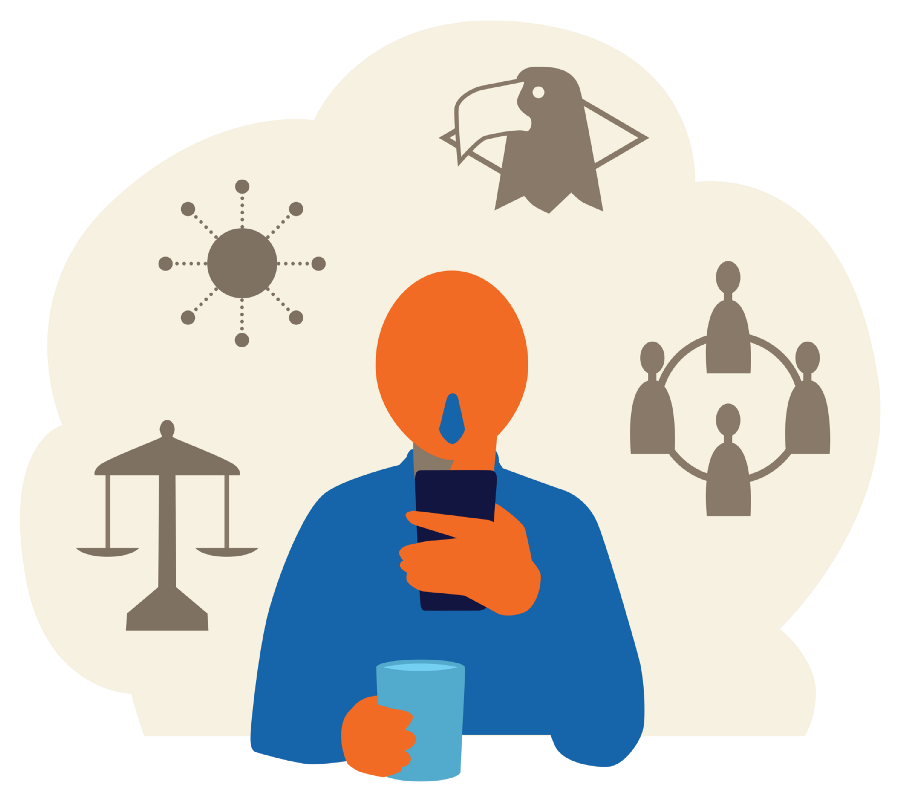 The future of human organization is likely to mean most rules will neither attach to territory nor involve any power monopoly. Organizations are already pioneering hierarchy-free governance systems. Might these work on a global scale? Such systems allow self-organization, mimicking the natural world. Imagine teams within teams changing with circumstances, solving big problems without violence. 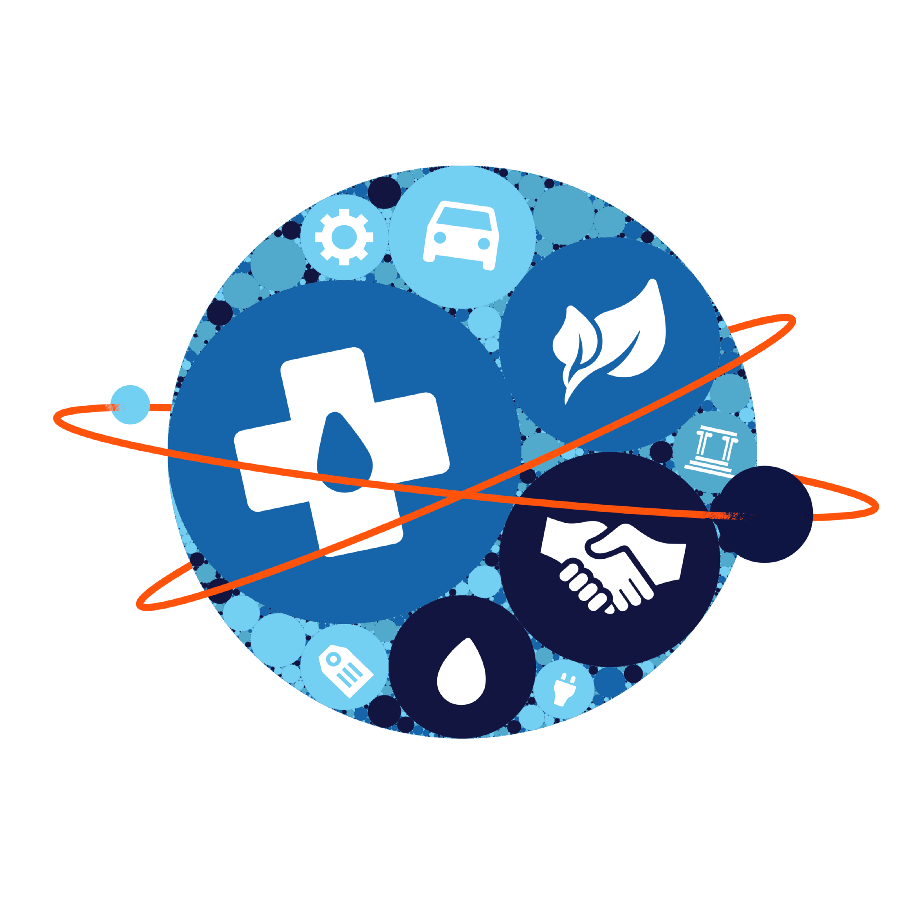 Get the full graphical guide “Rules Without Rulers” sent to your inbox.

Max Borders is author of The Social Singularity. He is also the founder and Executive Director of Social Evolution—a non-profit organization dedicated to liberating humanity through innovation. Max is also co-founder of the Voice & Exit event and former editor at the Foundation for Economic Education (FEE). Max is a futurist, a theorist, a published author and an entrepreneur.